What Is Workplace Harassment and How Can I Further Take Action? 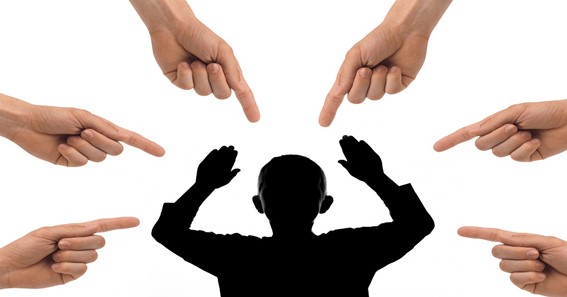 Have you been harassed at work? Most of us have been subjected to unwelcome behavior at work at some point. The good news is that the law prohibits harassment in the workplace, and, for certain types of harassment, you can even file a lawsuit against your employer if it doesn’t stop the problem behavior.

In this article, we’ll discuss some of the key legal issues that arise when you’re harassed at work.

Whether it’s general harassment or sexual, taking action against those who harass you is your right as an employee. Here, we discuss the different types of harassment and what to do if you feel something isn’t quite right in the workplace. We’ll also discuss how it’s possible to sue your employer if they’re not doing enough to stop a coworker from acting unlawfully towards you.

Workplace harassment can take on many forms – for instance, someone may use offensive language toward you, ostracize you from others, or even physically assault you at work. But under federal law, there are actually three different forms of prohibited harassment: quid pro quo (meaning “this for that”), hostile work environment, and retaliatory behavior. Workplace harassment is also a form of illegal discrimination that violates both state and federal laws.

When things escalate, seeking an employment lawyer will give you legal advice about how to deal with the situation and protect your rights. Workplace harassment is also a form of illegal discrimination that violates both state and federal laws.

Whenever quid pro quo harassment occurs, usually that means someone made an offer of employment or a job-related benefit – namely, a promotion – in exchange for sexual favors or other favors. Identifying the person who is harassing you and their connection to your employer is key to building a case against them. But quid pro quo harassment cases can be difficult, as the victim must prove they declined the unwelcome sexual advances/or favors and were later fired or not promoted due to this “quid pro quo.”

In this case, it’s important that you don’t wait too long before taking action. Speak up as soon as possible so that there can be evidence collected from others who may have heard what was said, seen behavior that could support your claims, etc.

The crucial element here is that the offensive action has to be pervasive enough that it creates an abusive or discriminatory working environment. For example, if there are one or two instances of inappropriate language, this might not meet the standard for a hostile work environment.

One common workplace harassment is retaliatory behavior after you’ve reported something at work. This could be your supervisor shouting or yelling at you or someone physically assaulting you. Retaliatory behavior can include anything that’s related to the initial claim – including being demoted, having your hours cut back, receiving an unfair performance review, etc.

Whoever is harassing you may be threatened by your complaint against them and act out with retaliation instead of taking responsibility for their actions; aggressive action on your part can lead to immediate termination if they are unwilling to deal with it in another way, but once again, speaking up as soon as possible will help strengthen your case.

In cases like this it is extremely important to get an employment lawyer. They are seeking all kinds of damages for you and your employer.

If there’s no evidence of retaliatory behavior after you speak up about harassment, an employment lawyer could still help by filing a formal complaint on your behalf with the Equal Employment Opportunity Commission (EEOC) or Department of Fair Employment and Housing (DFEH). If the EEOC determines that there is reasonable cause to support your claims against your employer, they may file a lawsuit against them on behalf of you and other employees that were wrongfully harassed.

When searching for a lawyer it is best to find one within your state. For instance, being in Los Angeles you would naturally search for an employment lawyer Los Angeles firm. If you were in New York, it would be reasonable to look for an employment lawyer in New York. One factor is how big the firm is when considering selecting a lawyer. It may be that you wish to retain legal counsel on an ongoing basis and thus choose a firm that has multiple attorneys for your convenience.

On the other hand, there are times when one wants an attorney who specializes in certain types of cases; thus, you might want to choose a small practice where your case will receive individual attention. Moreover, if money is an issue (most cases are not handled pro bono), you would also want to find out about any attorneys’ fees before signing any contracts with law firms. If the rates seem too high for your budget,

At this point, if nothing changes in terms of how they’re handling the situation at work, then it is appropriate to consider taking legal action by filing a lawsuit against them for failure to take proper corrective action.

Being subjected to any type of harassment at work can be damaging to your mental health, and it can also interfere with your ability to perform well. Being fired as a result of reporting the harassment is illegal, as is retaliatory behavior against you for filing complaints with the EEOC or DFEH – so there is recourse available even if they don’t fire you.

If the employer is unresponsive and continues not taking action against harassment in the workplace necessary, then an employment lawyer who specializes in this field may be able to help by filing a discrimination suit on your behalf. Through speaking with one immediately, you’ll have more time to collect evidence that could support your claim(s) and will strengthen your case moving forward.

Things to Consider When Choosing an Automatic Door Installer

How Can I Make My Airplane Seat More Comfortable?

4 Ways to Ensure That Your Kids Get...

Acumen vs Cerner – A Detailed Comparison!

How Much Does it Cost to Restore Your...

Ultra Burn Injections: Should You Try It

What You Need To Know About ENT Doctors

HIGH-QUALITY KRATOM: WHY IT MATTERS & HOW TO...

Do You Need a Prescription for CBD Oil?

Should I Boost My Testosterone Levels? Five Reasons...

How is peanut helpful for the better health...

Should You Switch to Delta 8 Vapes?

How is Gum Disease Normally Treated?