Which States Sell The Most Cannabis Per Capita? 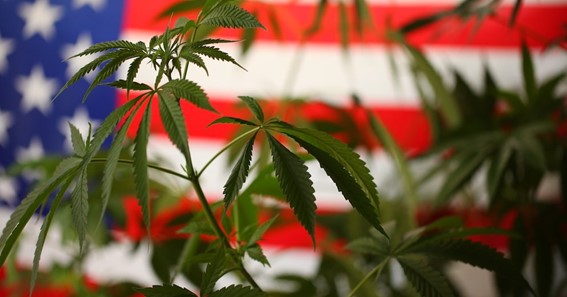 Clearly, there are states that happily accept the consumption of cannabis, and there are states that do not. Some states are rapidly approaching a decade of access to legal recreational weed; meanwhile, other states won’t even consider creating a medical marijuana program or decriminalizing minor possession. This sentiment has more to do with local culture than anything else.

But, if you are a cannabis entrepreneur looking to capitalize on a booming cannabis industry, where should you hang your shingle? The following states have a history of selling the most weed, making them the best place for canna-businesses to open up shop.

California is the home of the largest legal cannabis market in the world, posting more than $4 billion in sales and collecting over $1 billion in tax revenues every year. Considering that the Golden State is responsible for much of the American cannabis culture — and considering that California already sees a sizable amount of tourism, much of which want to sample legal bud — this shouldn’t come as much of a surprise to canna-entrepreneurs.

One of the first states to pass legal reefer regulations, Colorado has enjoyed almost a decade of growth for its cannabis industry. The vast majority of canna-business income comes from recreational bud, which rakes in over $1.4 billion every year. A good amount of cannabis innovation comes from Colorado, so entrepreneurs looking to experiment with growing, breeding, curing and other canna-concepts might head for the Centennial State.

Michigan is one of only two Midwestern states with legal cannabis, so many Midwesterners flock to the Great Lake State to get stoned. In direct opposition to Colorado, most of Michigan’s cannabis sales are medical — $.91 billion of the $1.2 billion in annual sales. This could be the result of the ease with which one can obtain a medical marijuana card and the benefits reserved for MMJ patients.

It is perhaps surprising that Florida appears on this list, when it hasn’t yet passed recreational cannabis legislation. Such is the strength of Florida’s medical marijuana sales, surpassing $1.2 billion, that it can compete with recreational states. Many canna-entrepreneurs are striving to make inroads into Florida, in the hopes that when the state passes adult-use regulations, their established canna-brand will thrive.

Washington was among the first states to legalize weed, but its market hasn’t grown quite as large or as fast as Colorado’s. Washington’s market competes with a number of other nearby markets, to include British Columbia, Oregon and California, but the state still manages to capture over $1.1 billion in recreational and medical sales, showing strong opportunities for canna-entrepreneurs.

An intriguing state, Nevada only allows recreational cannabis sales and use in a couple of its counties. Even so, it manages a noteworthy $.96 billion in sales, thanks in no small part to tourism to Reno and Las Vegas. The Nevada cannabis industry was slow to emerge, so it could pick up steam in the coming years as more dispensary licenses become available and zoning laws loosen.

Oregon is one of the most progressive states in the U.S., and its lively cannabis culture rivals that of California. Though the population of Oregon is not nearly as high as other states on this list, its cannabis industry generates over $.83 billion, demonstrating its high percentage of cannabis users per capita. Dispensaries in Oregon have the opportunity to expand with other psychoactive substances, like psilocybin mushrooms.

The latest state to pass recreational cannabis regulations by popular vote, Arizona had a strong medical cannabis industry earning more than $.83 billion per year before the state gained adult-use weed. Now, Phoenix dispensaries are popping up left and right to capitalize on the expected explosive growth of the local industry.

Though there are other New England states that ostensibly allow the consumption of recreational cannabis, Massachusetts boasts the largest number of legal and operational dispensaries, giving it a huge market of stoners in the Northeast. The combined sales of recreational and medical cannabis total roughly $.68 billion.

The growth of Illinois’ cannabis industry is expected to eclipse lower performers on this list in a matter of years, so canna-entrepreneurs interested in the Midwest market should try to move in fast. In its first year of dispensary operation, the state sold around $.67 billion in weed, but that number should start to climb as more Chicago dispensaries open their doors.

How To Make Yourself Burp | 5 Tips To Force A Eructation

Tips To Get Hotel Reservation For Visa Applications

4 Techniques To Deal With The Hazards That...

The Benefits of a Digital Strategy Example

Things You Should Know About Care Franchises

How to Encourage P2P Recognition in Your Workplace

The Benefits of Hiring a Personal Assistant

What To Do When You Cant Turn Your...

3 Benefits of A Rigorous Test System

The Benefits of Hiring a Personal Assistant