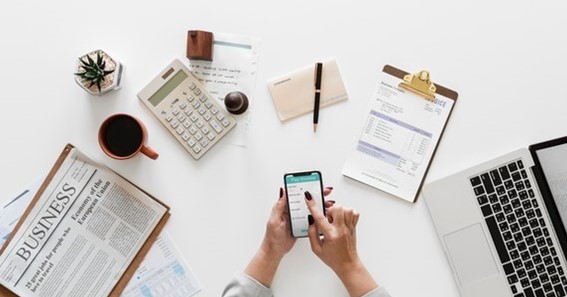 Typically, mock tests are the final stage of your GMAT prep. In this stage, all that you have already learned must come together, into a clear understanding of how to tackle the GMAT. That is why it is important to take up a GMAT prep program, that provides you with tests that properly represent the GMAT.

There are many different elements that o into making a good GMAT test prep series. The tests must present a challenge, on the level of the GMAT, with the same level of difficulty and complexity. The tests should also have the same conceptual coverage, tonality and language, and content, as the real GMAT’s questions. Robust analytics would also be a big positive feature.

Out of all the available GMAT mock test series, Experts’ Global’s is probably the one that actually comes the closest in quality to the official mock tests, the GMAT Prep.

Experts’ Global’s test questions are incredibly alike to the GMAT’s. They match perfectly, to the scope of content covered, difficulty, complexity, content, and presentation. The testing interface is also a lot like the GMAT’s. It looks the same, as it has the same layout and color scheme and it functions the same, as its controls are also highly similar. It also has a timer that turns red, if you take too long on the questions, so that you can understand the time pressure that you will have to face on the GMAT. Experts’ Global also offers a free GMAT practice on their website, so you can see the quality of these tests, for yourself.

Experts’ Global provides the most mock tests, 15, because they place a lot of emphasis on mock test taking as a way of developing the necessary mental stamina, needed for the GMAY, as well as refining testing strategies.

GMAY mock test makers have always had to take great care to try and match their scoring systems to the real GMAT’s, as its scoring algorithm is kept private. Experts’ Global has faired fantastically in this regard, as more than 500 of their students have stated that their GMAT Prep scores and Experts’ Global scores were practically identical. This is a very strong point in Experts’ Global’s favor, as it means that their tests can be used to judge one’s GMAT performance, as well as the official mocks can.

Experts’ Global’s mock tests are backed up by a stellar performance analysis system. It can provide you with a very detailed account of your performance on every mock, listing exactly how well you did in each area, including in speed. It can also examine your performance across multiple recent mocks, to provide a strong oversight over your continued weaknesses.

Experts’ Global’s mocks are built on a strong foundation of self-study. That is why they have taken the unique step of providing solution videos for every one of their test questions. These solution videos are not only great for improving your accuracy, they are also great for improving speed. The solutions provided are very efficient and following them closely can greatly improve your answering time. There is also a complimentary set of e-books that cover sentence correction. All of the sentence correction topics are covered very well and a close reading of these e-books will ensure a significant improvement in sentence correction performance.

Experts’ Global’s mock tests are, outside of the official mocks, the best way to understand where you stand, regarding GMAT readiness, as the test questions and scoring are perfectly in sync with the real GMAT’s. Its additional features are very useful and informative. This includes a number of smaller features, intended to make GMAT prep, a bit more convenient. These include the “stickies”, small pop-up screens that can be used to take notes, as you study and practice, and the “flag” button that will let you mark the questions that you feel you will need to return to and examine in closer depth.

Who Will Pay For Your Injuries Caused In...

Defining what it Means to be a Snowmobiler

Range of Zorb Balls having Lots of Excitements...

Can You Get High from CBD or CBD...

How to Recover From a Fire Disaster?

The benefits of Air Track Mats are Greater...

How to Get Bitcoins

Wearing latest and trendy cloths can make you...

Arthritis in the Toes: Causes, Management, and Treatments