Create, Edit And Convert PDF With Pdf Element For Windows 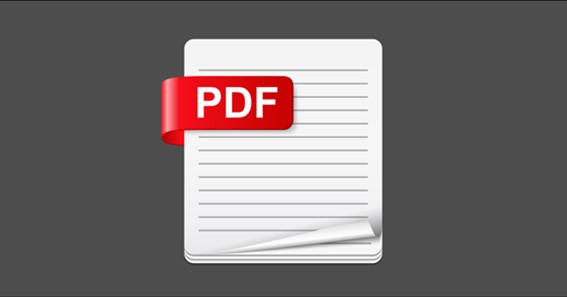 What is PDF (Portable Document Format)?
The times are shown by rapidly developing technologies. This is evidenced every day that technology develops even though it is only 0.0001%. However, this number is a progress that can lead the times to a better and more sophisticated era and can make humans able to do their tasks practically and more instantly.

Are you familiar with PDF? Let’s look at the meaning of PDF and its functions.
So what is a PDF?

PDF (Portable Document Format) is in the form of a document in which it can be in the form of text, images or graphic designs. This file or document first appeared in 1993, pioneered by the Adobe system. PDF stands for Portable Document Format, the use of PDF was originally used for data exchange. In accordance with its understanding, PDF is a document format used specifically for exchanging digital documents.

PDF files are widely known today, the main functions of PDF have been explained by their understanding, but there are still many PDF users who do not understand how to use and benefit from PDF itself. Even though you have often encountered it on several different computers.

Now Adobe system Inc. is also developing a program called Acrobat 3-D, this program is a capability that is applied to PDF so that PDF files can store and even display data that has been entered into a 3-dimensional document.

This PDF file was initially unknown and less used among office workers because employees were more comfortable using its predecessor, namely Microsoft Office. But it turns out that after using PDF, it has an archiving system that is more convenient than Microsoft Office, now the use of PDF files is getting more and more trusted.

Document files in PDF format can be opened using other applications, such as Adobe Reader, Foxit Reader and PDF itself. Unfortunately, PDF files cannot be opened other than using the aforementioned application. This is because the security in archive storage designed in such a way for PDF is very tight, so it is not arbitrary applications that can open this file.

Where are PDF files often used?

So what if you are faced with a situation where you need to edit, convert PDF documents, and even create your own?

Wondershare PDFelement is a program that allows you to create, edit and convert PDFs to and from other popular document and image formats.

PDFelement offers many professional-level tools essential to better manage your documents. The main functions that the program offers, like other programs in the category, are those to create PDF, edit PDF and convert PDF.

Let’s see in detail the main features of the program:

– Edit: Probably the most useful and used feature as it allows you to edit existing PDF text, layout and forms.

– OCR: Thanks to the OCR plugin, the texts, numbers and images of the pdf files are detected and it is possible to make editable, selectable and searchable documents scanned and converted into pdf with PDFelement all without changing the layout of the scanned document. The languages   supported by the OCR plugin are: English, Simplified Chinese, Romanian, Japanese, Bulgarian, Russian, Portuguese, Catalan, Korean, German, Croatian, Polish, Spanish, Czech, Turkish, French, Greek, Ukrainian, Thai, Italian, Dutch , Traditional Chinese, Slovak.

– Convert & Create: With this function it is possible to convert PDF into other most used document and image formats (Microsoft Office Word, Excel, Powerpoint files; EPUB, BMP, JPG, GIF, TIFF, PNG, TXT, HTML, RTF, HWP and HWPX) and create from Word, Excel, Powerpoint documents, etc, while preserving the formatting of the original document.

– Newly-launched template function: It provides rich types of templates, and most of them can be downloaded for free. You can find resumes, invoices, invitations, etc.

Other features provided by the program are:

Digital Signature: To create custom encrypted digital signatures to be used to sign your PDF documents.

Extract Merge and Split: To extract certain pages from PDF file or merge multiple pdf files into one file or split one PDF file into multiple files.

Insert and Replace: To insert or replace pages from other PDF documents

Optimize: To reduce the size of the PDF file for easier sharing

PDFelement is also available for Mac and iOS operating systems.

To use all the features you need to buy a license, the trial version has some limitations:

A watermark is inserted when a pdf file is edited and saved.

Conversion to other formats is limited to 5 times and only 2 pages per conversion.

The OCR function is not available.

As a free PDF editing tool, PDFelement really exceeds expectations. Its great features will make you feel like you are not dealing with a “free tool”. But if you want to take advantage of all its features, you are advised to switch to the paid versions. Don’t worry, it’s much cheaper than Adobe Acrobat!

Unleash Your Creativity With Mixbook!

What are Holistic Pharmacies?

What Are The Benefits of UCaaS?

How to see my Google reviews and what...

How To Prepare Your Data for Integration

Why is the Savyour App So Popular?

Do Backlinks From Niche Edit Work?

What Devops Skills Are Highly Important For Every...

6 Advanced Options to Look for When Choosing...

Google Duo Video Calls To The Soon The...